Beware of people offering script report services if they have no professional credits listed as a script writer.

In the digital age it’s pretty easy for people to set themselves up on Twitter as a script reading expert, and quickly whip up a website. 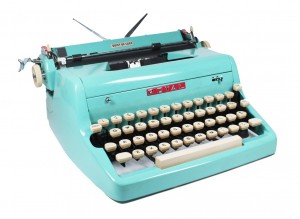 I won the Oscar Moore Screenplay Award and the Lloyds Bank Film Challenge and I’ve had screenplays optioned in the UK and the USA. You can see a partial list of my credits here on the IMDb.

I am the leading UK script consultant and one of the very busiest professional script doctors.

I don’t just offer the normal script reading service (which usually consists of a long synopsis of your script followed by a small critique). What I actually offer is a page by page list of notes and recommendations of how to fix your script, how to improve it and how to improve your skills as a script writer.

Unlike some professional writers I don’t charge an arm and a leg for this service either. Prices are as follows:

All prices include VAT.

To contact me about my script reader services please email matcoop23@yahoo.co.uk and mark the email ‘Script Reports’

I sometimes come across screenplays that show real promise but need help from a professional writer before they can make an impact in the competitive script market.

I have worked in partnership with writers who have approached my for script reports. While doing the script report I’ve identified areas when I can help with:

For an additional fee I have agreed to ghost write a further draft of the screenplay for the writer.

If you’re interested in this service please first contact me for my script consultancy and we can proceed from there. Fees often aren’t expensive and are negotiated simply with standard contracts.

And if you’re a rookie scriptwriter, while I’ve got you…

The following blogposts contain some advice from me and might be useful: