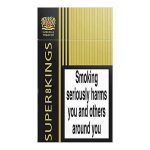 shows some of the kit we’re using.

The thing about Super8mm film (I’m using Pro8mm film stock coming all the way from Burbank in LA) is that mixed with modern technology (4K scans) Super 8mm is actually a very viable format for low budget films.

And film is coming back with a vengeance, a lot of directors are kicking back against digital tech and going for good old fashioned celluloid.

Matthew Cooper has been a script writer for hire for over 20 years. He’s written for most of the UK soaps, including writing award winning episodes of Emmerdale, EastEnders, Hollyoaks and Family Affairs and has been BAFTA shortlisted and Royal Television Society nominated as a script writer. He’s also a leading UK script consultant. You can find some of his broadcast credits on the IMDb. You can get in touch with Matthew on matcoop23@yahoo.co.uk or hire him on Peopleperhour