My name is Matthew Cooper I’m script writer for hire with credits on Emmerdale, Eastenders, Hollyoaks and Family Affairs. I’ve also written award winning short films (including the short that started Ewan McGregor’s career). I’ve also worked as a ghost writer and UK script consultant (often uncredited) on various films and TV shows in the UK and the USA. You can find a partial list of my TV and Film 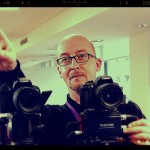 broadcast credits on the IMDb.

I was born in Leeds, and have lived in East Leeds all my life. I attended Victoria Primary and Middle School, Temple Moor High School and did a brief stint at Boston Spa Comprehensive School.

I won the Lloyds Bank Film Challenge aged 19, the Oscar Moore Screenwriting Award and I was the youngest ever writer on the core Emmerdale writing team.

You can get in touch with me on matcoop23@yahoo.co.uk